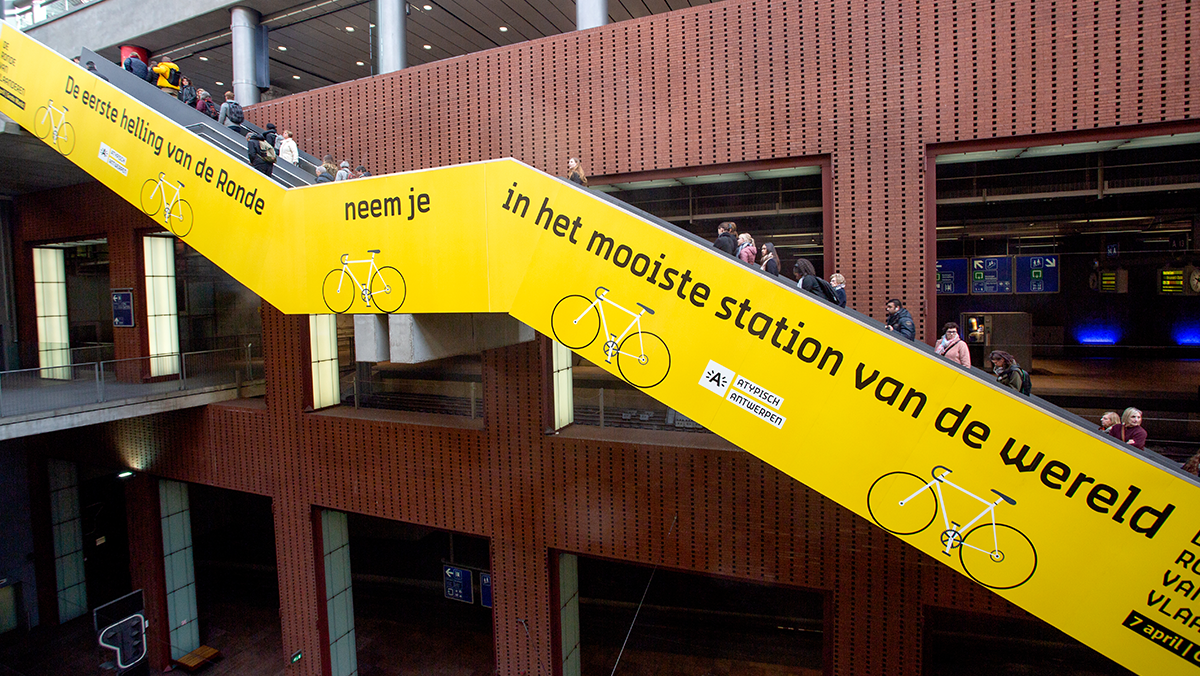 Objective Campaign :
The objective of the campaign was to achieve a high level of awareness about the cycling event Tour of Flanders. The organization was looking for a unique attention grabber to announce the start of the Tour in the heart of Antwerp.

Media Characteristics :
Both Wrapped escalator walls located in the heart of the atrium at Antwerp-Central station

Reason best Practice :
The advertiser made full use of the medium’s format by adapting the copy in function of the escalator’s orientation. When people took the escalator to go down, they could read ‘You take the first descent of the Tour in the prettiest station of the world’, and the other way round when they took the escalators to go up (“De eerste helling van de Ronde neem je in het mooiste station van de wereld”). By using the format in a smart way and incorporate a context effect they created a highly creative, fully immersive experience. The escalators gave the opportunity to interact directly with the consumers while they were on the move. With thousands of consumers passing through every day, the Antwerp-Central station was the perfect location for announcing an event that took place in the heart of the city itself. The advertiser reached out directly to the people living in Antwerp and the ones that commutes to the city.