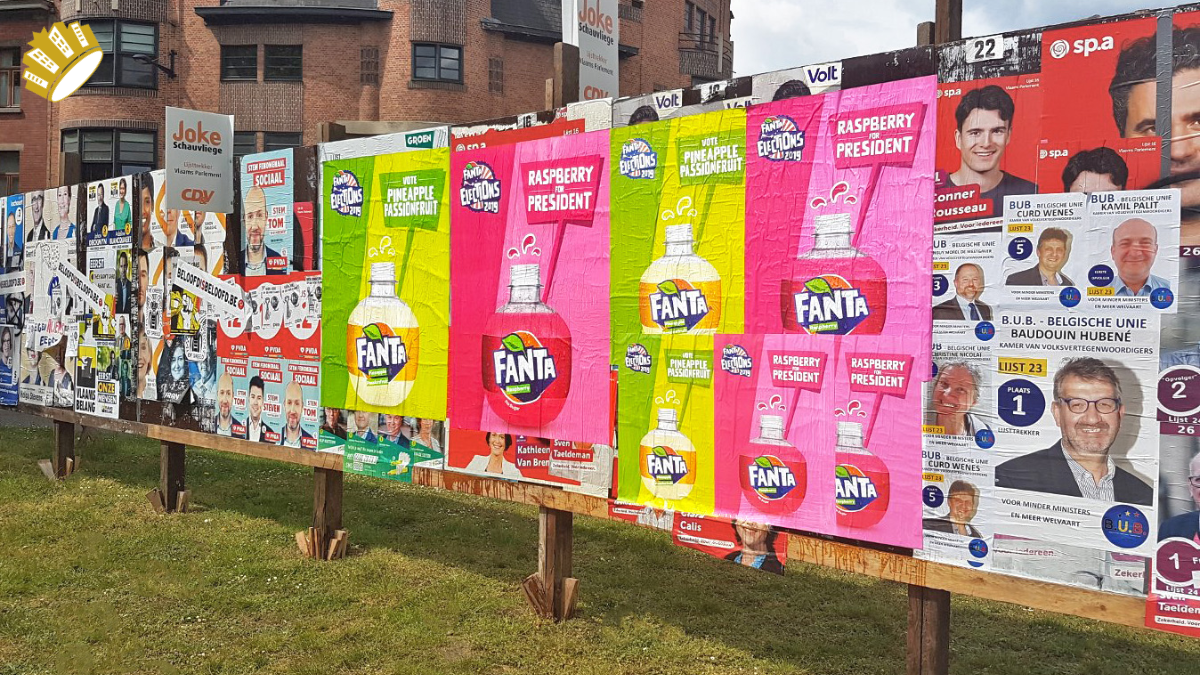 Objective Campaign :
The aim was to ensure a good  visibility on OOH media that were no more useful as from Sunday evening and to communicate in the same theme as the official elections.
In an impertinent way, it was a way of attracting the attention of a young audience, that targeted by FANTA and this, on a national coverage

Media Characteristics :
"the Street" is an urban media, sometimes wild. In the specific case of this campaign which covered the whole country, more than 7500 posters were placed (different formats) on more than 1200 sites. The majority of the posters have been placed on and / or near the electoral signs. the campaign began exactly the evening of Sunday, May 26, just after the closing of the votes and could remain in place more than 10 to 15 days according to the sites.

Reason best Practice :
The elections represent a real event in Belgium.
FANTA took the opportunity to create a specific campaign on the theme of elections by playing on the elections of the best tastes proposed by FANTA .
Daring to appear on the electoral boards is audacious and even impertinent, these are good arguments to attract the attention of the young audience targeted by Fanta. 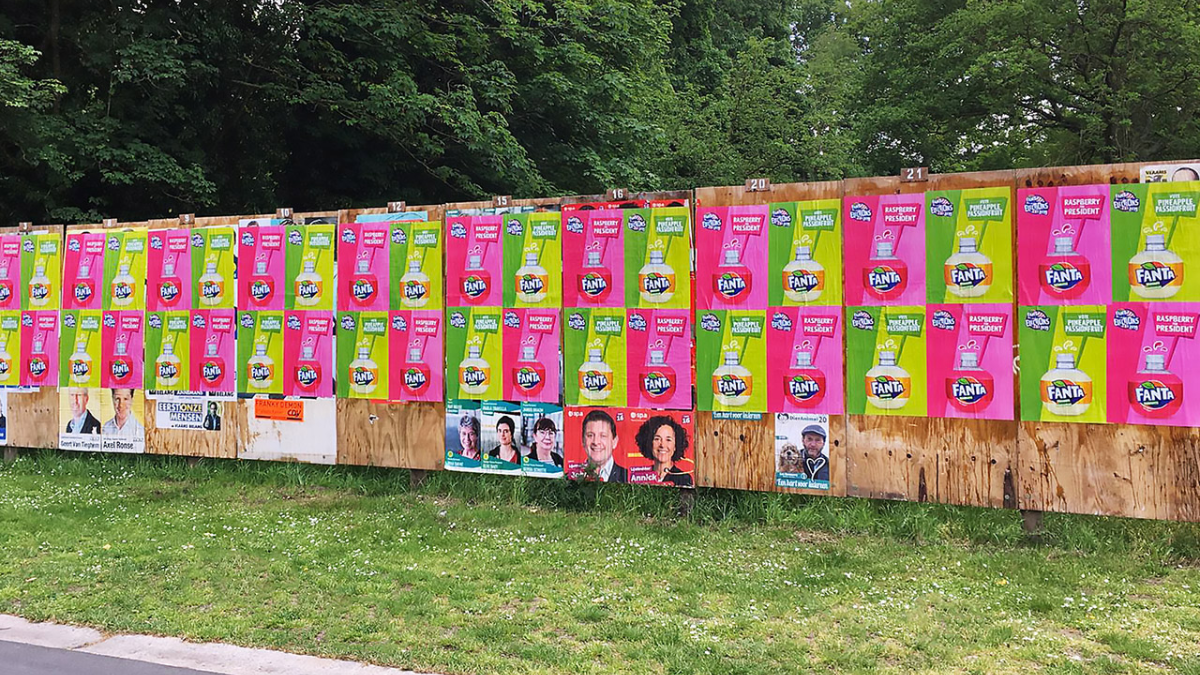 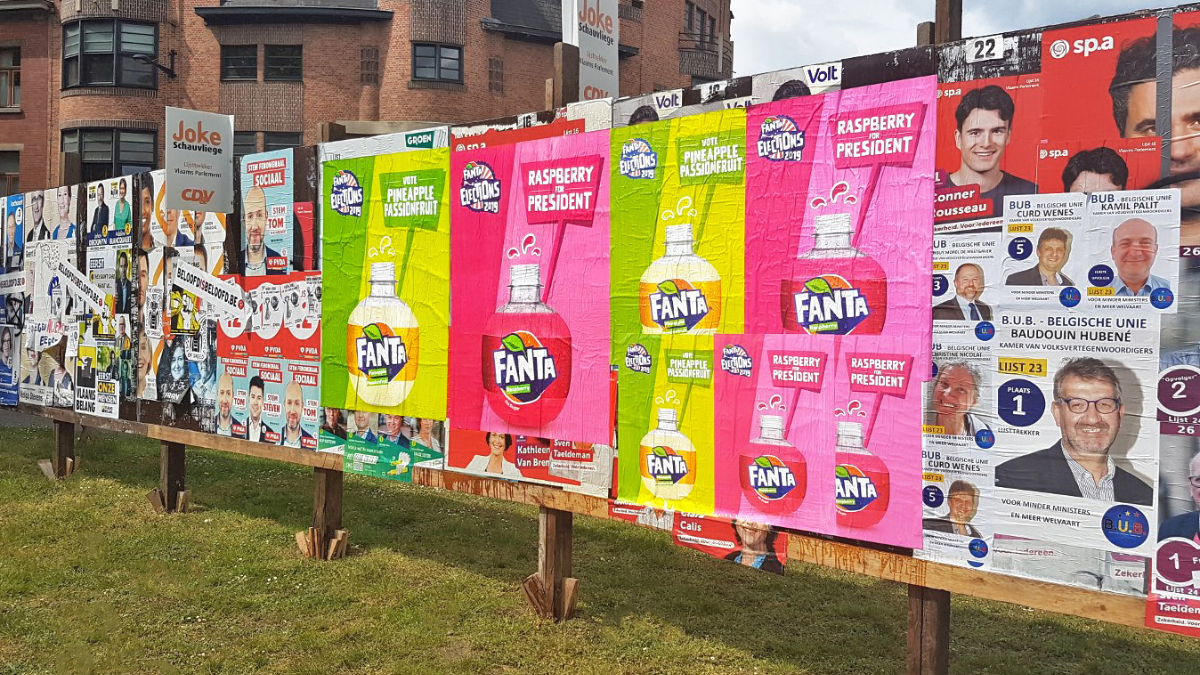 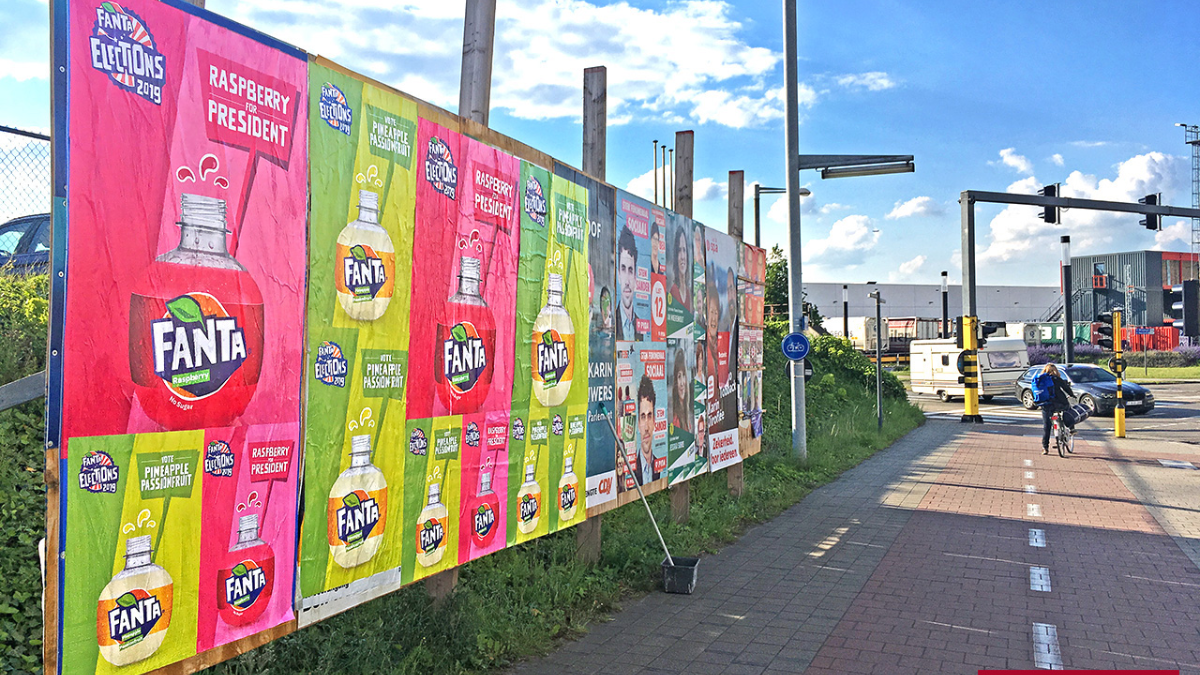