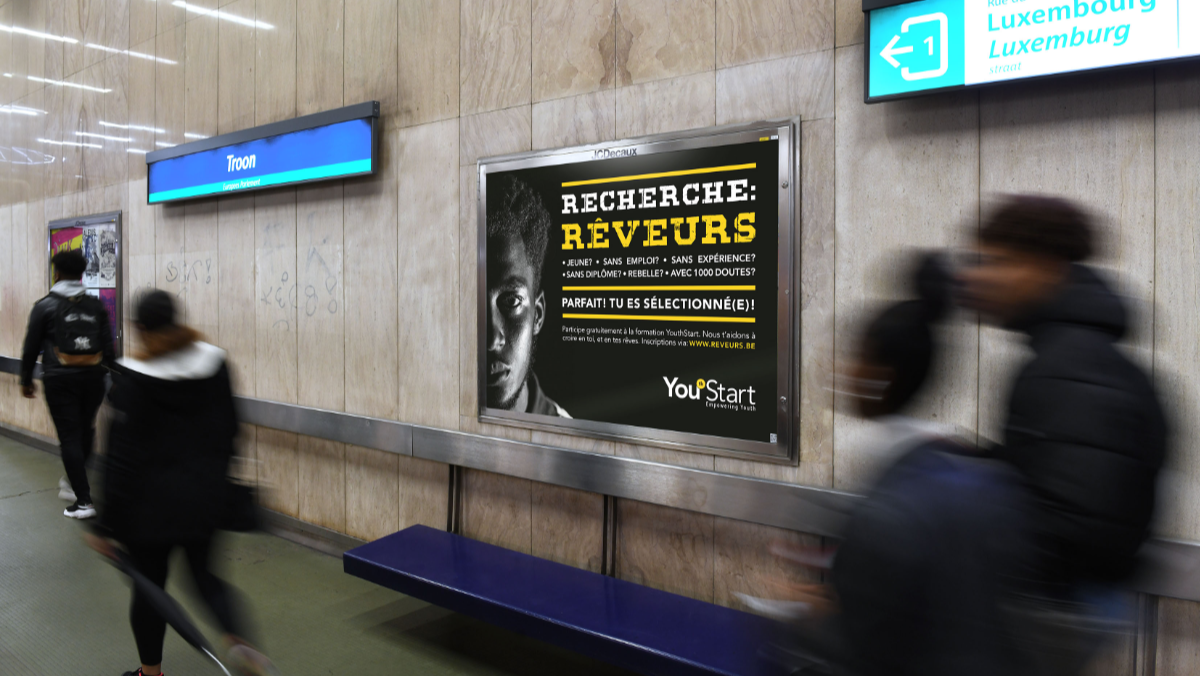 YouthStart had the following objectives in mind with "open training" and succeeded in achieving them :
- To offer YouthStart training to the real NEETs who would benefit most from their training.
- To increase awareness by directly targeting potential YouthStart young people

Reason best Practice :
The creation was simple and well thought out for the target audience.
The visuals chosen allowed young people to easily identify themselves.
And the Metro universe a perfect place to meet between "supply and demand"

The campaign also resulted in no less than 167 registrations for the information sessions! Which obliged the organizers to plan extra  information sessions in addition to the 2 sessions initially planned.
In order to truly evaluate the potential of the Metro poster campaign, YouthStart decided to suspend its paid activities on social networks.
This showed that 59.9% of respondents were attracted exclusively via the poster campaign! 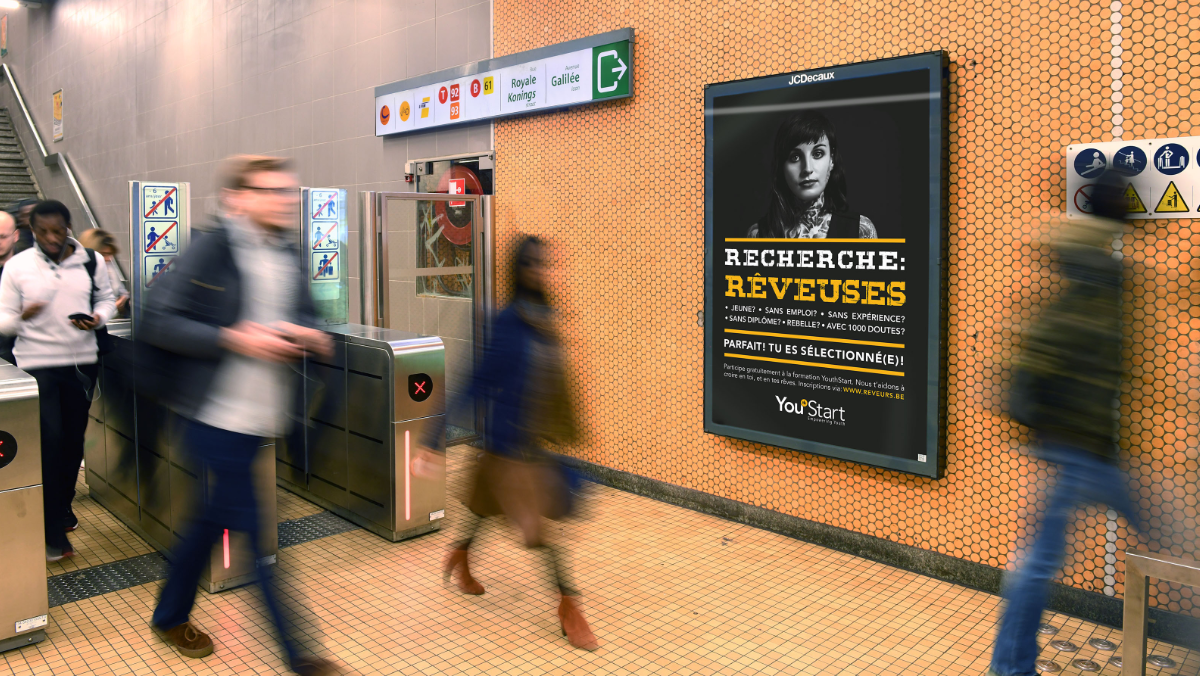